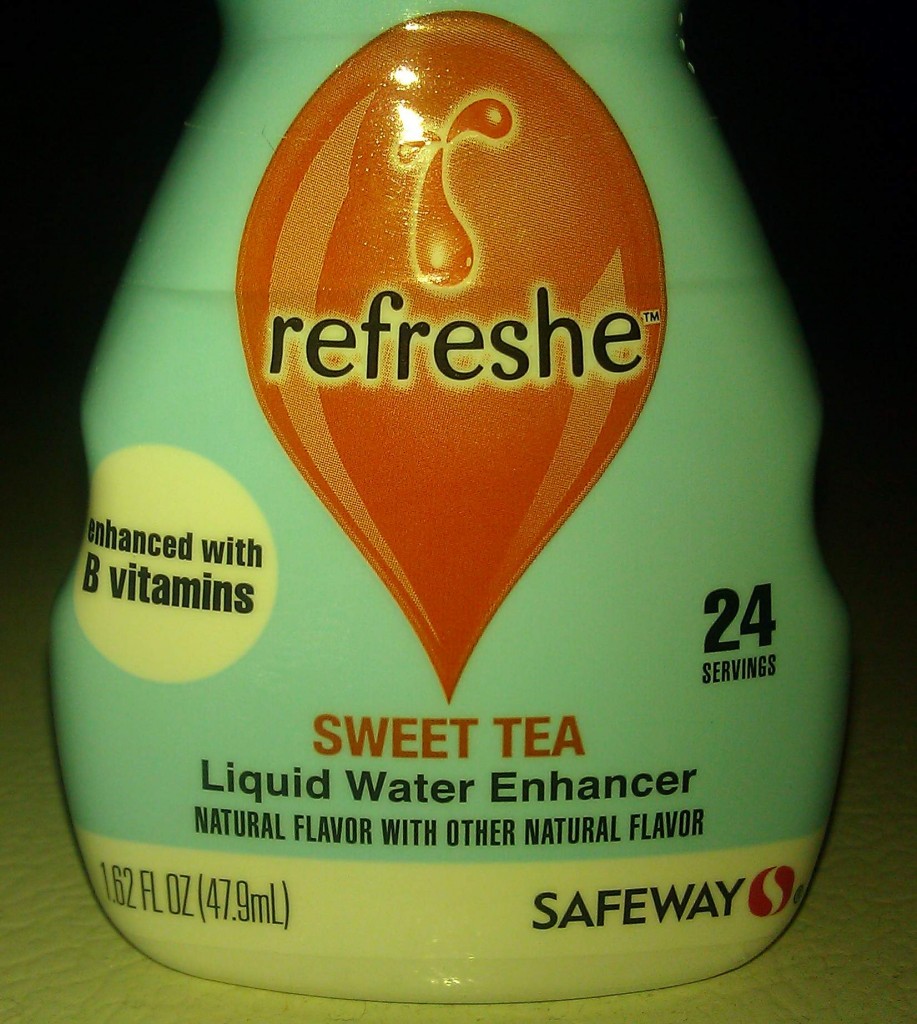 Notice anything strange about the text on this bottle?

It took me awhile; I didn’t see it until after I’d bought this water-flavoring and taken it home.

The phrase “Natural flavor with other natural flavor,” seems bizarre. Yet at the same time it doesn’t seem so out of place — because on some level we know why it’s there: There must be some legal reason for such strange wording.

In other words, we assume that there must be some legal loophole accomplished by this comically redundant phrasing — a polished corporate machine wouldn’t produce that wording by chance.

Somehow this labeling must make the chemical soup that composes this product sound as un-artificial as possible within the constraints of the law.

Whatever the reason for this particular label, the underlying principle is more interesting: Optimizing profits, as many large corporations do, often leads to concerted efforts to deceive consumers (if you were feeling charitable, you could call it ‘bending’ the truth).

This may not be surprising, but it is sad to reflect on; if I were selling a friend something, I’d be honest in representing what it was. However, for corporations blindly optimizing profits, the corporation’s desires and that of the consumer often conflict.

While a consumer might really want something ‘natural,’ the producer cares more about how to cheaply receive the ‘legal’ label of natural. And in the process bizarre legalistic language games result: “Natural flavor with other natural flavor.”

Of course, this same principle applies in many other contexts. A person applying for a job might get ‘creative’ with their resume, a researcher might oversell the implications of what they’ve discovered in their latest paper, a president might claim to have more influence than he really does over the economy (when it is helpful to do so).

For better of for worse, as a society we are implicitly aware of such ‘politicing.’ Many people have a well-developed sense of when to be skeptical and detecting conflicts of interest. But how many others do not? Is there a way to encourage the critical thinking needed to be contextually skeptical?